Instead of downgrading it, it should have been upgraded. These kind of games survive and grow because of recruiting in and out of the game. Adjustment was needed but maybe a little more creativity is needed to reward players who bring in new players and actually work to get a game growing instead of bragging of inactives of another alliance during wars.
Top

Jerbo wrote: ↑
2 years ago
Instead of downgrading it, it should have been upgraded. These kind of games survive and grow because of recruiting in and out of the game. Adjustment was needed but maybe a little more creativity is needed to reward players who bring in new players and actually work to get a game growing instead of bragging of inactives of another alliance during wars.

Maybe, but I wonder how many new players this game has attracted the last couple of years with the current officer bonus. Koc is an outdated concept, it takes years to be in a position to win an age lol. If different people can win an age it might be more attractive. Every single alliance consists out of 10-20 old alliances nowadays. Would be more fun if you're not dependent on each other but can have a lot of small alliances who could also compete. Being recruited in a small but active alliance might be more interesting for new players than being just a number in a big alliance.

I think the strength of koc is that it's a relatively simple game, accessible and you are awarded for the time you put into the game. For that reason I'm more worried about the sab ratios, but that's another discussion.

After having gone through the OP and all the follow up posts, just going to say this;

You guys complain too much and should rather just be thankful! It will be trial and error and a new experience. As Janky would say, "better to be crazy than be boring". It's a new change in game, let's see how it pans out. New strategies will be made.

Real players adapt, snowflakes cry! which one are you ?
- RB Discord: -
The Rising BrotherHood Website

Brandito, I share your concerns also and it was an excellent post. But I also understand what Bon is trying to do , so Lets go with it for this era and see how it works. Can't tell how it will really work till we try it in action. 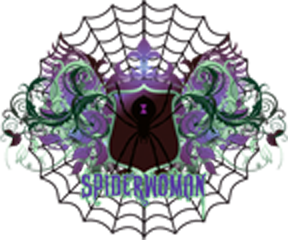 Ohh the old Lady of Koc stated it so right
Lets see what happends...
Game are old for me, 20 years it must be.
Top

"Officer bonus is no longer in play, everyone will get a flat 1% extra rating boost."

You guys sure like to cry a lot. The mods are trying to bring some new life into the game and that will only happen with changes. The officer change would have brought some interesting strategic plays and would have been fun to see through.
Top

Alliances have been deleted to prevent further issues. Leaders will have to recreate.
Officer bonus has been removed. Every player gets a flat 1% rating boost. Does not matter if you have 0 officers or 100.

yep .. everyone starts over.
Top

As a fairly active clan-less KoC player last era, this is a welcomed change for me; and maybe to those that want to play independently from alliances and clans.

Being slightly competitive myself, I'm less inclined to want to join under someone without growth benefits nor do i expect to be given trickle or morale for free either. I did have the intent to rope some of my friends in to help give me a boost in the beginning of the era for a slight edge. I don't foresee them clicking for me very long, so I'm not pushing myself to convince them too hard. This change puts off some pressure in looking for officers to help me and levels the playing field just a bit.

In the overall situation, I think it's hard to predict how this change will pan out for the big clan's recruitment efforts. I believe that the trickle they get is more important than the bonus that is given from officers in the long run. For those that want to get high TFFs and see big numbers and rank their stats, this does diminish them a tad, but I still think the concerted efforts of each alliance and how they manage the their people that click and the big accounts that receive trickle are the most important part of getting big.
Top

so true .. people might want to join their old alliances, and some might want to go solo or join another chain for fun. a lot will depend on the wording of recruit messages. mine will be simple. i would put my message here, but the admins would delete this post thinking it is a true recruiting attempt and not a tongue in cheek attempt to be funny. 20 messages an hour, whoop .. will be fun.
Top
Post Reply
30 posts