and they think they still won the war. NOT

SR didnt get #1 alliance...... so guess by your posts on why you war/ surrender or not, we won

So you DO believe in fairytales!

Hahahahahahahahahahahaha
You actually made me laugh out loud with that insane comment!
By FAR the dumbest comment in the whole thread (and koaz made a few himself, but you beat him easy with this)

well the age is over, you guys got 12 more hours to kiss and make up before this thread is locked.
Top

Then I most correct you Sir Aggie
SR sold to win the Era and therefore you didnt get the top alliance spot....

Glads effort should be seen as the major effort of this Era....
TX Bon for seing that...

From start Glad had DEMK only and did a major effort.
Yes one of the main argument was: How much do SR sell to DEMK or Glad to each others...(read the post Sir Aggie, its a merged thread)
Later most of the post was about when you surrenderish.
As I see it
Glad did a major against DEMK, even with the big support from SR.
Later SR desided to jump in against Glad
Later FFlop jumped in against Glad
Later Lacn jumped in against Glad
Aye Sir Aggie
Im only a bystander of this war/reader of this forum..
But >I see very hughes numbers against very smal numbers in game
Was it worth it Lacn-FFlop?

Aye Sir Aggie you have your agenda, but so do bravo...
Bravo thats my punk the last 15 years, I have used 15 years to train him social behavior(and it works)
I respect him very much to go in on this very un even fight on the smaller number size..

Maybee SR-Lacn-FFlop should consider to team up again next Era..
It worked so well to suppress the smaller numbers

Hahahaha!
You obviously missed the part where TgF sold to Hades to screw SR in the final minutes of the era!
That move made HotiX sell to Fay to ensure the win. And yes, Fay winning does make SR win the era AKA does make SR winning this war.

You can tell yourself all fairytales you want, it doesn't change the fact that SR won the era with Fay and that multiple mains selling to each other to f*ck over SR failed again!


PS: you talk an awefull lot about people jumping on glads.. I have news for you aye sir Jank(ert), glads wasn't the reason SR joined the war. Don;t give them that credit, coz it's the biggest lie in this thread. Credits to Dank for a decent fight tho, but the rest of glads were just annoying cockroaches along the way to victory.
And respect someone going rogue says a lot what it takes to get respect from you

It doesn't take that much effort, raiding 2 people a day 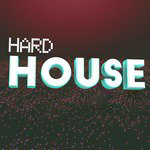 I wanna say congrats to Glads for having a decent chain this era, cause in the past were just some koc shadows.

Jank wrote: ↑
1 year ago
Then I most correct you Sir Aggie
SR sold to win the Era and therefore you didnt get the top alliance spot....

And a lot of people from different alliances sold for Hades to win.

Ohh Sir Agggie SR won the Era, but you lost the alliance thingy..
And this is the only warthread
Hehe I like your last post Sir Aggie, explain alot as a bystander on game

annoying cockroaches along the way to victory. Nice said Sir Aggie
I think that you need a lesson in social behavior, Im aviable the next 10 years
Top

Hehe my first lesson to bravo was to stay on topic and he learned that one..
I see all posts on this thread from bravo as on topic..
On topic from me
This Era all big alliance aka SR-Lacn-FFLop went against Glad-Rl-Rb
They were outnumbered......
Top
Locked
383 posts