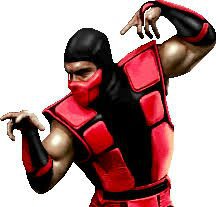 Alright, just to add in case this wasn't clear from the memes for the future KoC players in a few years.

After FFLOP/GLADS who had double the amount of members and like tons more SOV value declared on RL + paid 2 other players from other alliances to sab our main, they still got out maneuvered strategically and RL won the age, which lead to their main account, Dank, to rage quit from all the KoC related Discord servers.

Note that Dank had bullied several people, and most notably Infit from Cerb who got sabbed for very legit hits on Dank.
Furthermore, FFLOP/GLADS were supporting several chainers not only on us but also on other alliances.

So, from RL/Cerb + from all the raiders of other alliances who raided Dank, you're welcome KoC for not letting the bully win

Cheers to everyone in FFLOP/GLADS and respect to all the effort you put in this age.
Hopefully next time you'll have leaders that don't go around bullying other alliances

Ahhh yes let's not forget to add that Cerb helped their allies, when RL got jumped in a 3vs1 scenario, and were out numbered in every way