the orginal declaration that was deleted did say it was for something that took place in another era and for ages RB/RL have been allies and now they are one alliance so what happens to one happens to the other so ofcourse they would take it as a slight on them and would stand together so regardless of how it started Demk always seem to start a war every era so its expected now and then near the end they seem to get help and fade away and leave it to whoever helps them to finish it off lol a war free alliances taking on a war weary one ......will this era be any diferent or will other alliances allow them to see it to the end fighting a war they started? Time will tell but been a good war so far so as long as its fun and no nastiness all is good

I missed the start of the war (and the first post of this thread before it was apparently edited) so I am a little vague on DEMK's reasons for this war but I have heard rumours.

Whether they be true or not, RL had made a commitment to RB for the era and we do not take that lightly. Hence our supporting our allies.

Good fighting to all, even though it seems the mechanics of the game seem to have made wars even more pointless that previous eras.

more pointless? just need to put more effort and strategy in it. I do think some things need to be tweaked but all and all pretty fun.
Top

The RMFz
Player
Posts: 59
Joined: 1 year ago
Has thanked: 2 times
Been thanked: 12 times

Kaya wrote: ↑
1 year ago
for ages RB/RL have been allies and now they are one alliance so what happens to one happens to the other

Since you bring this up finally in a formal fashion, let's say what RL leadership had to say about it: 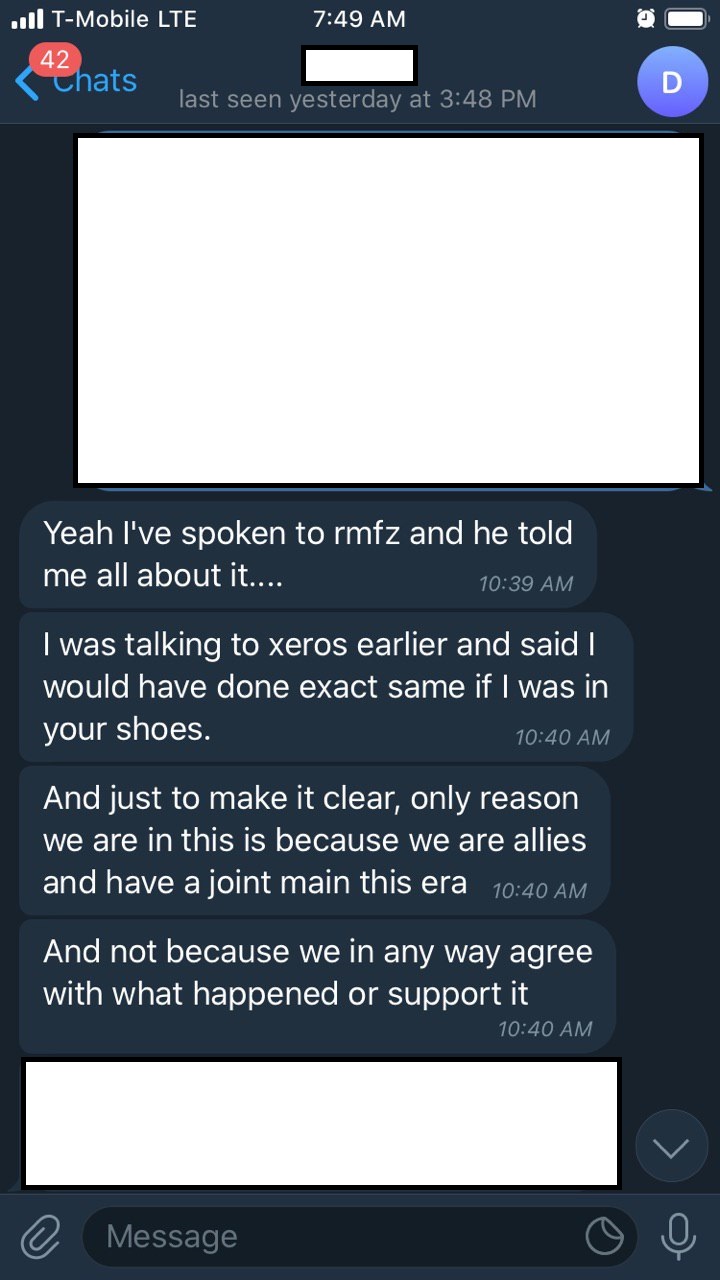 Both the above statements make it amply clear they're supporting you as an ally and not because you are one and the same. It's categorically stated so. The hypocrisy is mind-blowing. Your ally supports you, it's all kosher. But it can't work even theoretically work the other way around?

Your ally supports you, carries the entire fight while your accounts are in shambles and barely able to login to play. Have something nice to say for once. Start with thanking your allies, they're the ones who have briefly delayed your destruction.
Top

Are we still fighting rb? I can only see rl in my logs thank god they are carrying you rb nubs in this war.
Top

so like im scotch mist now you do make me laugh .....lads i do think thou do protest toooo much

its been 4 days since last post. is this over?
Top

2. Kaya must sing and record the Billboard top 100 2003 hit Milkshake by Kalis (link below for reference).


I have not seen a record from this jet, i think this war is not over @bloodpirate
Top

quick question .. this is the second person to do this

chain all koc. get huge sab stats, then sell account. (why didn't he sell safe at the same time?) question is, would demk count all their sabbing as war stats? that being said, what are the war stats from demk and rbrl ?
Top

lol bloodpirate stranger things have happened in this war